How has the manner in which each of the Big 5 is handling Covid19 affects Zimbabwean skilled migration to their countries? 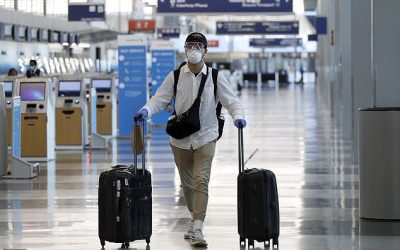 In the new “post Covid19” world where a country’s speedy recovery will be dependent on economic success and that is directly dependent upon capturing highly skilled migrants who may otherwise be thinking about heading to another country. Each county’s ability to recover and have long term economic success is incumbent upon how it treats highly skilled migrants from Africa, especially Zimbabwe as we are on the whole a nation full of highly skilled individuals who speak English fluently – which is ultimately what is needed worldwide.

It is a well known fact that the developed world cannot survive without the constant intake of new migrants to stimulate growth and do the jobs the locals cannot or choose not to do.

Of all the countries which make up the Big 5 (Australia, Canada, UK, USA and New Zealand) the way in which Australia…

Of all the countries which make up the Big 5 (Australia, Canada, UK, USA and New Zealand) the way in which Australia has clamped down on migration has the biggest potential threat to do permanent damage to its attraction of highly skilled migrants in the near future. This past month Australia issued only 110 invitations to visa applicants and therefore it is no surprise that Australia is starting to lose its attractiveness as a destination to new migrants especially those who are highly skilled. In the past Australia has always been less attractive due to its stringent immigration processes and procedures with things like age influencing heavily a migrant’s ability to qualify for a skilled visa. This Covid19 threat only makes things look worse for Australia.

This has become more and more evident to me as an Immigration Lawyer. As in my first consultation with my highly skilled clients I ask them which country they wish to migrate to Australia has slipped or 3rd or 4th place from 1st or 2nd it used to dominate in the past.

This is due to Australia’s limited isolation and quarantine capacity which is making it difficult for even Australian citizens to return to their country of origin.

Australia’s situation is stark. As speculation is rife that Australia may soon have a situation where more people are leaving its shores than those arriving. This would be the first time net immigration to Australia has been negative since the mid 1940s.

Earlier this month, Alan Trudge, Australia’s Immigration Minister agreed that the pandemic-induced decline in immigration could potentially have what he called “very significant economic consequences”.

Furthermore it looks like New Zealanders are going to be suffering a similar fate to Australians.

However Canada and the UK have seen this as an opportunity to improve the number of skilled immigrants they attract with great success. Earlier this month I reported that Canada has had to increase the number of migrants it is taking in 2021, even in light of the pandemic, to over 400,000.

The majority of clients who enter my office, by no small margin, want to take their skills to Canada. The Canadian Government’s view on migration is very positive and it is keen to attract highly skilled migrants. The Canadian Minister of Immigration, Marco Mendicino, made the statement that in order to make it through the pandemic immigration is actually “essential”. It will lead to short term economic recovery and long term growth!

An extract from his speech said “ Canadians have seen how newcomers are playing an outsized role in our hospitals and care homes and helping us to keep food on the table….As we look to recovery newcomers create jobs not just by giving us business, the skills they bring are needed to but also by starting businesses themselves”. All that is required of new migrants to deal with Covid19 is a 14 day home isolation upon arrival and Canada has remained open to visitors.

Whilst the situation in the UK is similarly positive, as it is coming out of Brexit it is reducing the minimum salary requirements for skilled migrants by a staggering 30%. The UK Government has reduced the amount skilled migrants need to earn from £35 800 to settle, down to £20 480 (subject to certain caveats).

The post Brexit UK Immigration Policy is positively adopting a new points based Australian style system for jobseekers and it will also entitle skilled migrants to settle in the UK following a mere SIX years and to become UK citizens.

The UK Government has outrightly made an acknowledgement of the essential contribution that highly skilled migrant workers who may be on the lower end of the salary bracket make but are still essential to making it through the pandemic and will have a positive impact on the economic future.

Finally the USA. It has been known for a long time that the USA has made it very difficult for skilled migrant workers from Africa to enter, settle and take up citizenship. Until now this has been making Australia and Canada more attractive in the ability to attract highly skilled migrants from Africa.

However even as difficult as it has been to enter the USA as an African migrant worker it has continued to be the number one desired destination for skilled migrants.

According to the OECD, (Organisation for Economic Co-operation and Development) which was set up to help encourage economic progress and international trade amongst its 37 member countries, the USA still manages to attract half of all OECD skilled migrants. In total the USA manages to make up for at least one third of skilled migration globally. It looks like this too will continue in spite of the pandemic ravaging the population.

I say do not panic, the “new norm” of international travel during the pandemic will resume. These measures are only being put in place for 2 weeks while the scientific data and reasonable, alternative ways ‘to protect the UK’ are reviewed and put in place.

The incumbent Biden Administration looks likely to be embracing a more relaxed approach to immigration however the legacy left by the Trump Administration will take much effort and time to undo.

Therefore potentially what is bad news for America should make the rest of the Big 5 more attractive, giving them the opportunity to acquire more of the highly skilled migrants that have traditionally chosen USA.

Should you be considering migrating as a highly skilled migrant why not let International Visas’ Lawyers assist you in what is potentially one of the biggest moves you are ever going to make in your professional career. With lawyers with over 25 years’ experience in assisting international skilled migrants manoeuvre your move out of Zimbabawe.

Come and see us. We are based at 23 Kew Drive Highlands Harare Zimbabwe and although we are open for business as usual we work on an appointment only basis and should you require we will arrange Zoom or Skype consultations for the convenience and safety of our clients.